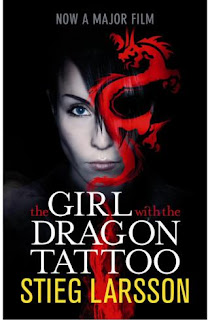 I had quite a lazy morning. The boys had gone fishing and Kat stayed at home with me. I dropped her off at the outlet, and was on the way towards town when I realised that I didn't have any mobile phones with me. It's amazing how lost you feel without them. I raced around Lidl's and Farm Foods. I drove back passed the outlet and and didn't see her so I went home to find my mobile and unload the shopping quickly. Apparently she had been waiting on the steps and had seen me earlier.

We both then went to the Star to spend some time with Lisa and her friends at their charity music day. We got home later than intended. The boys were already back from fishing. Martin soon arrived, and we had a quick run around Asda before going to Chris's. We watched “The Girl With The Dragon Tattoo” and “DOA”. The first film was OK seeing as it was billed as a thriller. There was one disturbing scene in it but the story was good. I was intended to read the book before but probably won't now. I had downloaded it on my old mobile but I think I lost it when I upgraded my phone. “DOA” is a fun action film that I had seen before.
Posted by Tia