Saturday 12th February 2011 – To Sittingbourne, and other shopping

Today, we went out soon between 10 and half past. Off to Sittingbourne and the telescope shop again. The sat nav got switched off in disgust when I listened to it and not the proper navigator! When I go up to Sittingbourne for meetings, I also go up the motorway so I was sort of on auto pilot. I had remembered most of Luiji's instructions that he gave us at the astronomy club the other week. If the traffic lights hadn't stopped us in front of the NAG building, I would have missed the left turn to the Industrial Park. I recognised the NAG offices from our last visit. We arrived there without any hiccups. Luiji had the bits that Dave wanted to get, apart from a special cable that's not essential until you need to upgrade the software. 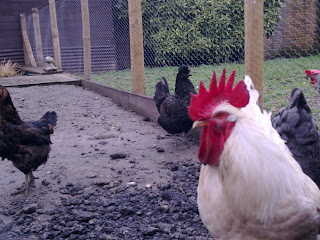 On our way home, back towards Faversham, Dave mentioned that there used to a tropical fish shop along there somewhere, and soon afterwards I noticed a sign for fish and reptiles. We turned round and went back to investigate. We went to the reptile shop first, Lost World Reptile. They had some lovely beasties in there. We checked out the leopard geckoes for Kat. They didn't have the strange colours like the ones we looked at near Canterbury the other week. They were £40 there and you could get a starter set up. Although the guy was recommending buying a plastic box to start with. Not sure about this idea. We'll have to see. We then went to the Little Fish Shop. They had lots of choice and good prices too. They had a massive tank near the entrance to the shop with a big cat fish thing like Stig at Swallow Aquatics. There was also another big fish. The info said that he was rescued and was recovering. His previous owners had tried to kill him by putting bleach in the tank. How can some people be so evil! Out the back of the shop, they had rabbits and birds, including ducks and chickens. Didn't see any guinea pigs though. 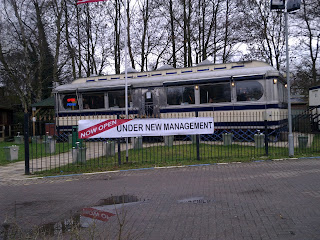 Back in Ashford, we went for a look around Bybrook Barn Garden Centre. Checking out their parrot type birds, they have a beautiful Macaw in there, Jacob. The sign said “I do like a stroke but it is at your own risk as I also bite”. I know what these beaked types are like, I wasn't going to take any chances! Moving on through the rest of the shop, I bought a desk calendar that was reduced to a couple of pounds and we checked out the jigsaws which they have moved yet again. On to the American Diner, Dave had the 10 piece breakfast again. I had a ham and cheese toastie with chips. It was lovely. I decided against having a dessert but must go back and try their cream soda and vanilla ice cream float one day. Then on to Jays Pets where I did a spectacular trip up the step without touching the floor or getting hurt. Unfortunately it was noted by the guys in the shop. They have some even smaller leopard geckoes for £35 and their tank set up works out at £110. They are cheaper than anywhere else we have seen and almost on our door step. We had a wander round Hopeless (aka Homeplus). For all that the building is rough, run down and has a leaky roof, they have some very expensive furniture. It is very good quality stuff, but all too big for our house.

Back home, I cleared out some old paper work from a cupboard while Dave did the ironing. Then we parked ourselves in front of the TV to watch an old Steptoe and Son film which was mildly entertaining. At Chris's later we watched “Inception” and “Cats and Dogs”.
Posted by Tia No comments: 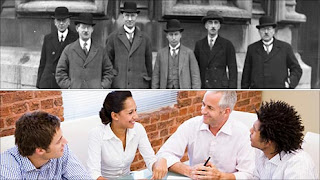 With Fridays being our company's dress down day, I have just been reading an article on line on this.

I love to see a man in a suit. It looks smart and sexy for most. I prefer to wear a suit to work although suits have never been compulsory at our work place apart from when meeting customers. The tie was a requirement for the boys but this has been dropped over the past few years. After all who wants to wake up and put a noose around their neck! With it being winter, I have found my suits to be too cold to wear. I have been wearing smart suit type trousers with jumper or shirt with an additional jacket/cardigan. I find it harder to find something to wear on dress down day. There's an onus on girls to wear something different like not going to a party wearing the same outfit twice. It is difficult to dress smart casual and not look scruffy.

This evening, I cooked chicken rogan josh and rice, and we watched Alice in Wonderland. I then watched two episodes of Bones.

Posted by Tia No comments: 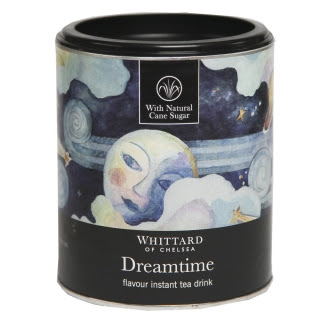 After being awake most of the night, I knew I shouldn't have drunk that coca cola at Chris's. I think I was hoping that the amount of beer drunk during the day would have cancelled it out. I don't think I went fully unconscious once. Just slept just under the surface, if you know what I mean. The tea that I drink late at night from Whittards causes very vivid dreams but at least I wake up knowing that I've slept and the world could have been stolen from round me, just as long as the duvet was left over me! At the moment, I'm on the Mulled Wine one. I did wonder if it was just the Dreamtime doing what it says, but this one provokes the same dreams too.

We called into Maplins in Folkestone. After a wander round we asked the young staff if they had any power packs suitable for powering a telescope. I explained that if you're out at night you need something to power your tracking, etc. After consideration, one of the guys helpfully said “Have you thought about one of the solar powered ones”!! We didn't laugh... much. He soon realised what a silly comment he'd made.
Posted by Tia No comments: 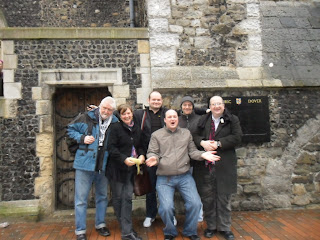 It was an early start. I had to get up earlier than I would on a work day. One time saver was that we didn't need breakfast as that was why we were leaving at 8.15. It was our first visit to the Kiln Cafe. The plan was to be there for 8.45 but we got there in 15 minutes and had a little wait for Chippy. Luckily Dave had already let him know that we were on our way so he was early too. It took me back to the days of the Corner Cafe that Mum and Dad had in Hastings. I had the smaller of the two breakfasts at £4.50. I had bacon, sausage, egg, tomatoes, toast, door step bread and mug of tea. As it was too early when we'd eaten to go to the station, we had another mug of tea/coffee there. At just 50p, we decided that this was the cheaper option that getting to the station early and buying one there.

When we arrived at the station, Dave queued in the self service machine queue and I joined the other as both were busy. He got there first. We didn't have too long to wait for the train.

We met up with Steve at the door. We got our tickets and glasses and grabbed a large round table. We didn't think there would be enough of us to fill it but one of Matt's friend's and a mate joined us.

Much beer was consumed, after several hours and some bad singing, we decided to move on to Blakes, where we played with beer coasters and the ambassador chatted to some guys from Luxembourg. From here we staggered to the Wetherspoons for another one or two. Then it was decided to get some beer soakage. We found a chip shop. I had sausage and chips. Then found our way back to Ashford on the train.

We walked from the station to Chris's. They had already started watching CSI while they waited. Once that finished, we watched the Sorceror's Apprentice. I love Nicholas Cage films and he didn't disappoint in this one either. There was a touch of Gone in Sixty Seconds with a short fast car scene.
Posted by Tia No comments: