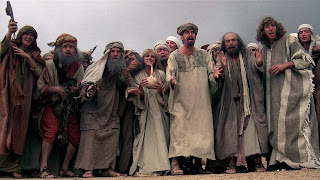 As soon as I got up, I dug out Dave's birthday cards and presents so that I could see him opening them, before getting ready for work. As much as he wanted the Sky Trillium book that I'd bought apparently it is the 3rd of 3 and not the 1st. Oops! I was able to order Black and Blood Trillium later.

At work, our Manager told us of another panic on Thursday evening after the flooded kitchen. She was still working at 6.30 and the fire alarm went off. She went downstairs to go out and found that there wasn't a fire at all. The cleaners had opened the hoover under a smoke detector. It was so bad that it was like a fog! She didn't know how stop the alarm going off and the fire brigade turned up before she had chance to find out. Several of the key holders were also called and one of them came in to help. Tania thanked everyone who helped with the clean up and the call out today. She said that she was proud to work with such a great team of people.

Another colleague noticed all the tool bars had disappeared from the program that she was in. She thought it was something that she'd clicked on that had caused it. She has done this before. After we had decided that it wasn't something that she had done, we checked ours. They had disappeared too. It meant that we'd have to use short cut keys until it was fixed. The IT guy didn't know what had happened either. The server was restarted at lunch and that didn't fix it. A call was put through to the helpline. They were able to tell our IT guy what to do to fix it. Some dll files got corrupted.... apparently!!?! All fixed now. With these problems and covering the phone line today, I was late finishing and not ready for when then City Link driver arrived to collect. After work I had to go to the City Link offices to drop off 3 more and also drop the post off at the post box. Trying to get the big bag into the box was a bit of a struggle. I got it to drop in properly eventually.

Off to Asda next with the plan to get us something good for dinner but due to me not having my mobile connected to the ear piece, Dave didn't hear me properly and told me that he wasn't hungry and would be OK with just a sandwich. I bought some ham so that I could have ham, egg and chips and he could have a ham sandwich. I found the Monty Python films on DVD which were on Dave's present wish list.

Once home, and Dave realised that I didn't say that I was going bowling and not cooking, we were quite disappointed. We both had ham, egg and chips which was good anyway, followed by trifle. We watched “The Life of Brian”. Apparently I had seen it before but we think it could have been as long as 25 years ago when we lived in Folkestone. There were a couple of sayings I knew but didn't realise that they were from this film like “My name's Brian and so's my wife”.
Posted by Tia No comments: