The hot weather continued so we spent more time with local walks and time in the garden.

Everyone else seems to be doing baking as there were still shortages of flour etc in the shops. I joined in making banana bread and some chelsea buns. 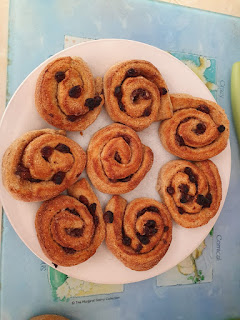 In the middle of May, we were able to get out for a walk with our friends again. We were careful to stay distanced. Walks were enjoyed at Hemsted Forest, Hawkham and Sutton Valence/Wierton. With pubs closed, we now take bottles of cider/ale with us to enjoy with our lunch, one each for myself and Tracy, and two each for Dave and Karl. 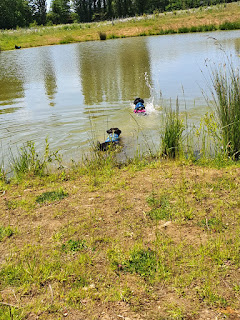 We also found out that Treacle is a brilliant swimmer. We had stopped for lunch by a large pond and she swam right across three times, running around the outside on one of the trips. The doggies had a lovely time.

As another home project, I decided to renovate and varnish the garden seat. I was able to order some  strips of wood for replacement slats for the top from Wickes and Dave collected these for me. Shops like Wilko remain fully open and this is where I found the stain/varnish that I wanted. This job kept me busy throughout the summer. 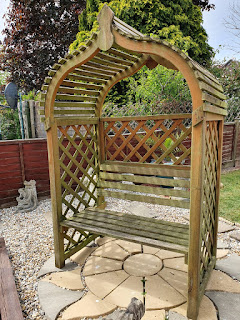 I cleaned out a cupboard and found some cross stitch that I had started many years ago. I only had the Autumn one to finish and then the Winter one. I really enjoyed doing this and plan to do some more some time. I seem to have plenty more to do. 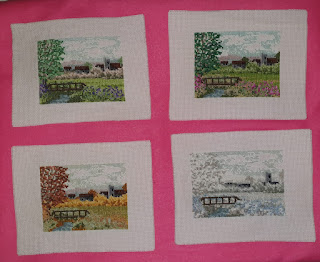 I finally found a company to buy my old car from me. It was recommended by D&D. I used cartakeback.com. They gave me a great deal. It was £200 more than the local scrap dealer quoted me. When I emptied the car, I took the spare wheel out of the boot too as my new one only had one of those inflate kits. 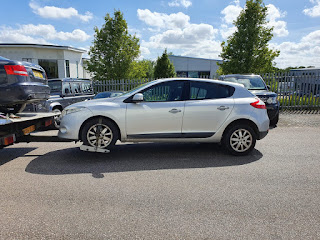 The hot weather continued. It was almost unbearable some days. On occasions I was wishing I was back in the air conditioned office. Some evenings I would sit outside with a lager and my colouring book and pens. It was still warm at midnight sometimes. 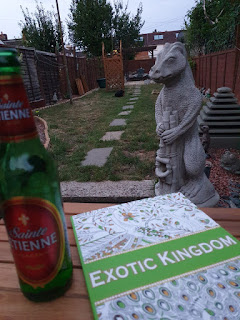 I took Kat and Jake to the goat sanctuary for the first time. They both loved it. Most of the goats are very friendly and don't mind being stroked. We had a really lovely afternoon. 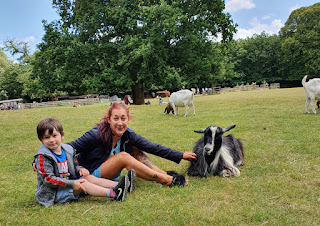 The original plan was for us to be going to Marrakech but this was all cancelled. Our holiday has been rebooked but it was too expensive to book the same place, so we are going to Gran Canaria, hopefully. We have also had to pay another £200 on top of what we had already paid. I guess the holiday companies need to try and get back some of the money they have lost since planes were grounded. The skies have been considerably empty. I checked on the flight tracker app a few times. 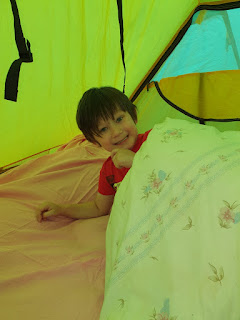 One weekend we set up a tent in the garden when Jake and Kat stayed over and they slept the night outside. Best place to sleep on these hot nights. Jake loved his first experience of camping.

Our big July walks were at Shoreham, home of lavender and lavender ice-cream, Crockenhill/Chelsfield, a new geocache series set by myself in Benenden area, Tandridge/Godstone, Hamstreet, Eynsford and Kingsnorth. 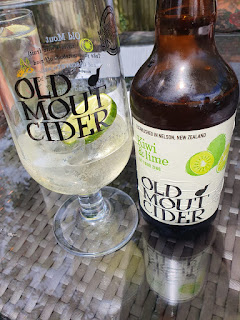 On a mid-week walk with Karl and Charlotte, we actually stopped at a pub for drinks and lunch. Everything was table service and it was very well organised. I had my first fish finger sandwich and it was far better than expected. 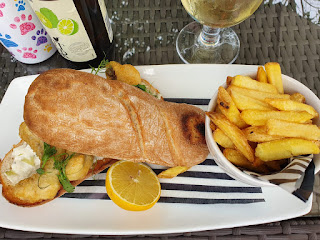 The wearing of face masks became mandatory in shops and busy areas. I have decided to go for washable ones and stocked up with several, with some disposable ones in the car, in case I forget. 2020 litter seems to be mainly discarded facemasks. This is my favourite one. 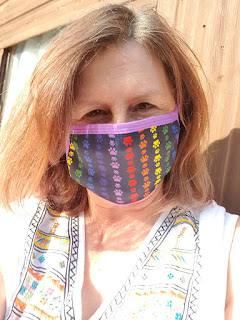 Our annual Partylite conference was also cancelled, and rescheduled later in the month to be online. It caused extra challenges for the team as air travel was cancelled. As it was online and only for four hours, they had the highest number of attendees ever.

For my birthday, we had a lovely day out with Dan and Cheryl. We had booked Segway at Leeds Castle. First we had a wander around Mote Park as we were too early to go in to the grounds at the castle and wait there due to limiting their visitor numbers. We had a lovely time whizzing around the castle on the Segways, after a brief training session. It was a perfect day for it. After this we went to Toby Carvery for lunch. It was good to be "out out". Dad visited the pub while we were there and we had a lovely catch up. 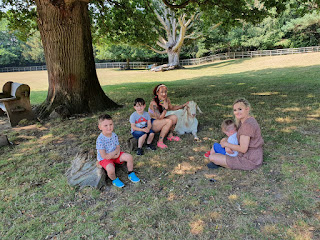 Kat, Jake and I went back to the goat sanctuary for another visit. Emily and the boys joined us too. We had a great time there and after we decided that we weren't ready to go home yet. So we went to a shop and got some bits for lunch and visited Teston. It was very busy. It seems to be the new thing to have outside birthday parties as going to friend's homes is not allowed in large groups. We were able to find a table in the picnic area. We had a walk around after lunch and reminisced about many happy camps there. 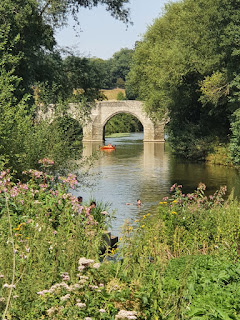 Our fence was done on some of the hottest days of the year. I was constantly fetching out pints of water with ice for the guys. It took them 4 days. The new concrete posts are such an improvement. It was expensive but now there won't be any need for back breaking work replacing posts, just the fence panels which slide in if the wind breaks through them again. 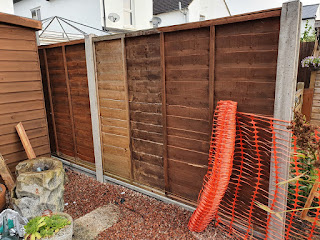 We were able to get away for our holiday in Pewsey with Karl, Tracy and the girls at a lovely cottage that they had found. We were not able to eat out anywhere as the pubs were still limited on numbers but we did order a takeaway from the local on the first night. This came in individual meal boxes and was very good. We tried again to re-order later in the week but after a lot of messing about it turned out they were too busy and kept trying to book us into the following night. We ended up getting fish and chips from the shop in the village. 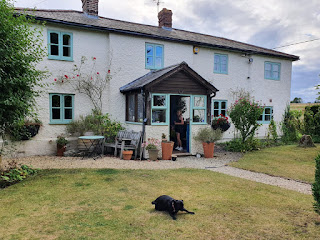 Our walks while we were there were at Netheravon, Milton Lilbourne, Morgan's Hill, Caen Locks, Wilcot, Little Bedwyn, Woodhenge and Larkfield on the way home. There was just one day when the weather too bad to get out for a walk so we stayed in and played games, Cluedo and Blokus mainly. 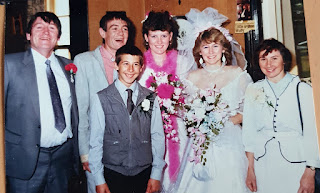 We also said a sad farewell to my step-brother, Michael. He had a good send off at Hastings Crematorium. His sister did the eulogy with fond memories of childhood. It was really difficult being spaced apart in the room and not able to support each other properly. There was a second room for overflow where they could watch on a video screen. Afterwards, we all went up to Dad's grave and left the flowers there. 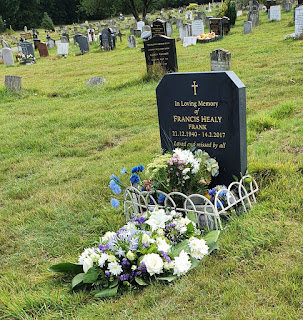 After several trips to Margate to get stuff moved out and into storage, we could finally cut ties with that chapter. It was hard work but we got as much done as we could in the short time we had and lack of help. I managed to put my back out so was really struggling at the end of it. This was my office for the weekend.... 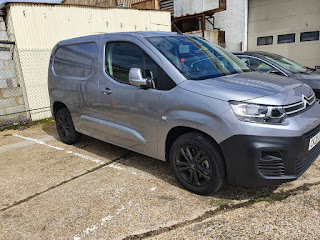 Sunday ended with a great family barbeque and far too much to eat. We had another opportunity to go "out out" on the bank holiday Monday. We went to a lovely Turkish restaurant in Hythe with the same family. We don't see each other for ages and then twice in one weekend. We were able to have two separate tables of 4 each. The food was very good. 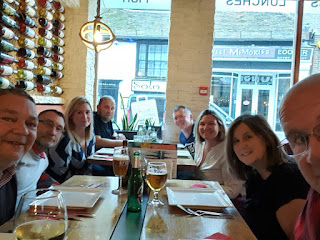 September onwards to follow as soon as I get chance......